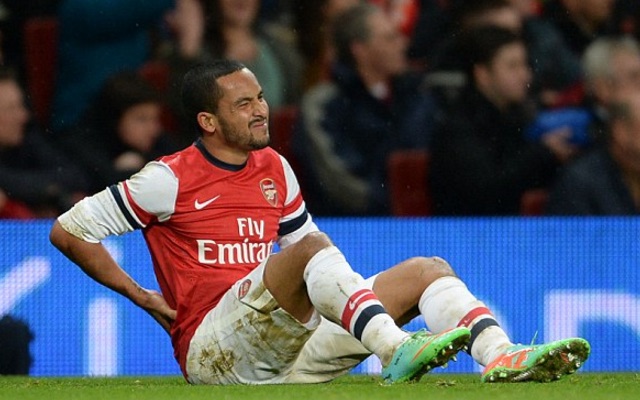 Believe it or not, the longest serving Arsenal player in their current squad is none other than 27-year-old winger (or is he a forward?) Theo Walcott.

Walcott signed in January 2006, but did not make his Gunners debut until the following campaign, although that didn’t stop England taking him to the World Cup!

Anyway, that means that the 2006-07 season was Walcott’s first with Arsenal and that the upcoming season will be his 11th. Walcott – a player blighted by injury throughout the years – is clearly keen to make sure he is as fit as possible for round 11.

Walcott has been working with personal trainer Bradley Simmonds.

The above video is one of many posted by Simmonds on Instagram.

Simmonds has also worked with the likes of Brendan Rodgers, John Terry and the Chelsea captain’s wife.

SEE MORE VIDEOS:
Personal trainer to the stars films two Chelsea WAGs during sweaty workouts
Brendan Rodgers boxing to Kanye West is the funniest thing you will ever see