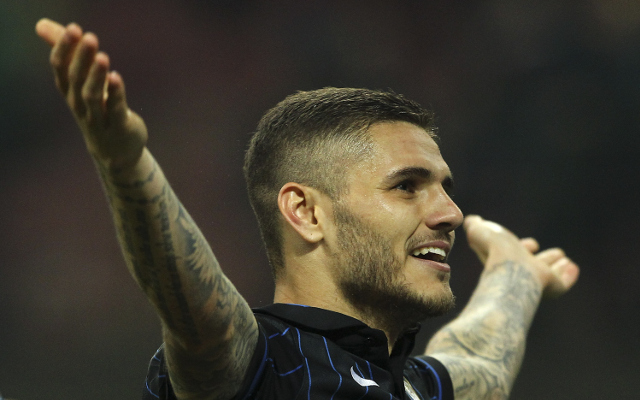 Inter striker Mauro Icardi’s wife and agent Wanda Nara has insisted that her husband wants to stay with the club, but there is interest elsewhere.

The 23-year-old is seeking an improved contract with the Nerazzurri, but a lack of progress has ultimately led to speculation of an exit.

Nara, who has been publicly vocal during the negotiations about her husband’s future, has insisted that the ideal solution would be to stay with Inter, but she remained coy on whether or not they would consider other options.

“We’re working to adapt Mauro’s contract, but we still have to wait,” she told FCInterNews. “It won’t take long to get to the point, I think in 7-10 days the picture will be clearer. For our part we’d like to continue the work which was begun a year ago and was then interrupted.

“Right now our intention isn’t to renew the contract, we just want to see him on the right financial level.

“Yes, the teams [Napoli and Juventus] that would like him are those that you all know at this point.

“Whether or not he’ll stay is a question for Mauro, I want him to stay because we’re happy in Milan but you’d have to ask him that question. He wants to stay, because he loves these colours.”

Arsenal have been linked with making a move for the Argentine forward in the event that their pursuit of Gonzalo Higuain fails.

Given the release clause inserted in the former Real Madrid star’s contract with Napoli, coupled with Icardi’s age and current valuation, it would seem logical for the Gunners to offer competition to both the Partenopei and Juve instead.

In turn, they will be monitoring things in Milan closely with a view of possibly swooping for Icardi to solve their goalscoring issues.