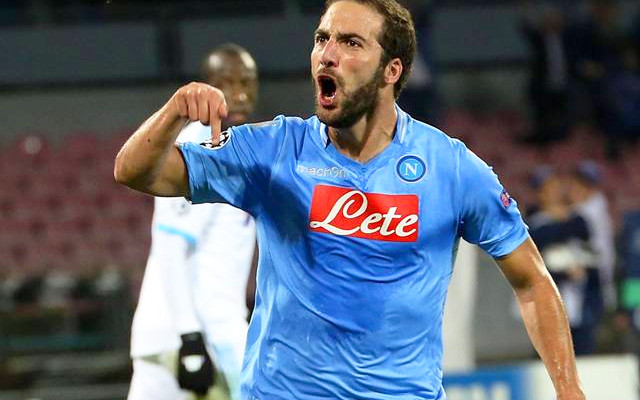 Officials from Napoli and Juventus reportedly held their first face-to-face meeting regarding the potential transfer of Gonzalo Higuain this summer.

Serie A club representatives attended a league meeting on Monday, and on Juve’s agenda was a discussion about the Argentine forward.

Higuain topped the goalscoring charts in the Italian top flight last season with 36 goals in 35 games for the Partenopei, but has now been linked with a shock move to their Scudetto rivals.

According to Sky Sport Italia expert Gianluca Di Marzio, the Serie A champions have officially asked for Higuain for the first time and will hope to begin negotiations over a transfer.

However, they were met with a firm answer from Napoli owner Aurelio De Laurentiis, as he has reaffirmed that the 28-year-old will not be leaving the San Paolo for anything less than his €94.7m release clause, as noted by Di Marzio.

In turn, it will now be up to Juve as to whether or not they return with an offer that satisfies Napoli’s demands, and so ultimately Higuain’s future is anything but resolved for the time being.

The update will be of interest to Arsenal and Arsene Wenger too, with the Gunners reportedly keen on signing the Argentine international this summer.

According to Goal, the Premier League giants are set to offer £50m plus Olivier Giroud in return for Higuain, but they may well be met with the same answer in terms of being told to pay up the full release clause instead.

If that is the case, then Wenger will likely switch his focus elsewhere, leaving Juve as the only option if the former Real Madrid striker is to swap clubs ahead of the upcoming campaign.

However, Napoli will be desperate to avoid having to sell their prized asset to a direct rival, arming Juve with another dangerous weapon in their pursuit of further silverware.