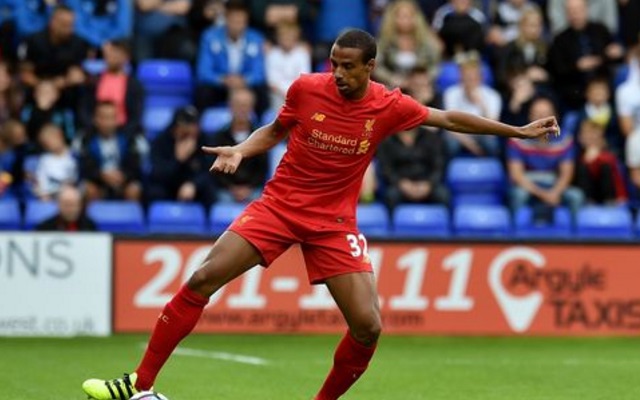 Liverpool boss Jurgen Klopp has played down Joel Matip’s injury setback after he was forced off in the 2-0 pre-season win over Wigan on Sunday.

The centre-half started the game but had to be replaced near the end after suffering a recurrence of a foot problem.

Despite being visibly in discomfort, Klopp has insisted that the 24-year-old should be fine and that he isn’t too concerned about the issue.

“I hope it’s only a minor problem. It’s not too serious, hopefully,” he told the club’s official site. “It’s the foot he had problems with in the past and then he had a little bit of pain when pre-season started because of the intensity.

“He said he’s had it one or two times already. He’s used to it. I think Monday he’ll rest, then he can go again.

“We had to make the decision of Joel or Dejan, who has to play the whole 90 minutes? We decided on Joel. For him it was a little bit too much today, but he is in a good way, as you can see.”

Despite Klopp’s seemingly optimistic outlook on the situation, he will face an anxious wait as it is confirmed whether or not Matip has merely suffered a minor setback.

Given the fact that Kolo Toure and Martin Srktel have left this summer, Klopp will be looking for reinforcements in the transfer market but will hope to settle on a pairing in pre-season.

Mamadou Sakho will likely return to the line-up, but for the time being, the Liverpool boss will want to see as much of Matip and Dejan Lovren as possible as he looks for his side to continue their impressive pre-season work ahead of an important campaign for the club.