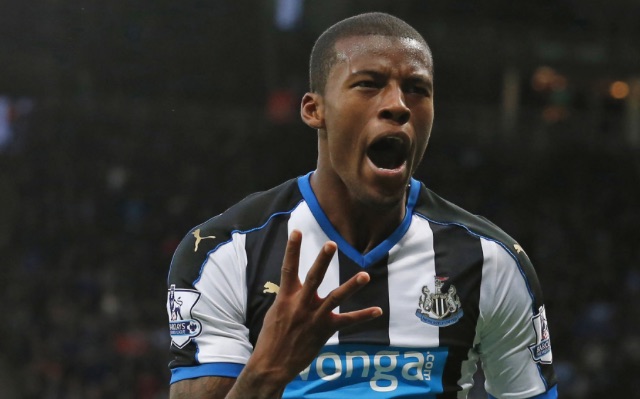 Liverpool are preparing to table a bid for Newcastle United’s star midfielder Georginio Wijnaldum according to the Liverpool Echo.

The report states that the Red’s will have to table a bid of at least €25 million in order to secure the services of the Netherlands international.

The Echo goes onto state that Liverpool have turned their attentions towards Wijnaldum after failing to sign Udinese’s Piotr Zielinski.

Newcastle signed Wijnaldum from PSV Eindhoven las season for £14.5million and are looking to to make a significant profit on their investment. Rafa Benitez’s side have made it clear that they want at least £25million for the Netherlands international.

Wijnaldum was one of Newcastle’s few bright sparks last season scored 11 goals. The Echo also states that 25-year-old  has attracted the attention of several Premier League sides including Tottenham.

Liverpool manager Jurgen Klopp has been keen to bolster his midfield options over the summer transfer window.