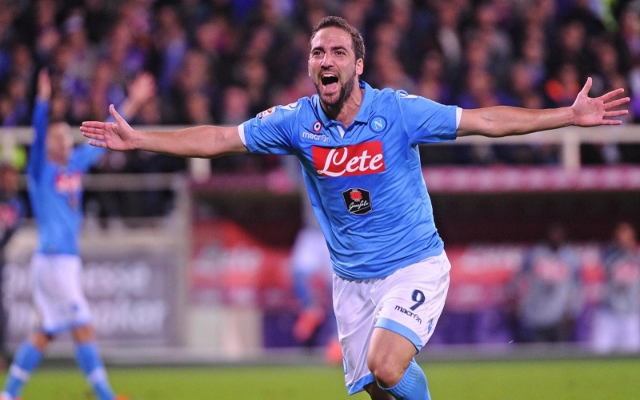 Arsenal boss Arsene Wenger is said to be £30m short in his valuation of Napoli striker Gonzalo Higuain.

The Guardian reports that the Argentine has a whopping £79m release clause. The mathematicians among us can deduce therefore that Wenger would only be prepared to pay about £50m to sign him.

There has long been a theory that the Gunners are a top-class striker short of mounting a serious Premier League challenge – Olivier Giroud has not hit the 20-goal mark in any of his four seasons at Arsenal.

Higuain would certainly fit that description. The South American smashed home 36 Serie A goals last term and has averaged better than a goal every other game in his time with Napoli and Real Madrid.

But £79m is seemingly a price too steep for Wenger to take on a chance at title glory. Although he has splashed the cash more recently the Frenchman has not shrugged off his reputation for being thrifty.

On this occasion, we wholeheartedly agree with him. £80m for a striker who is soon to be 29 years old and has no resale value would represent stupid business for the diligently-ran Emirates Stadium club.

There are other options out there which Wenger could explore for half of the price quoted. Napoli may have a buyer at £79m though. The Daily Mail claims that Juventus are busy trying to raise funds.