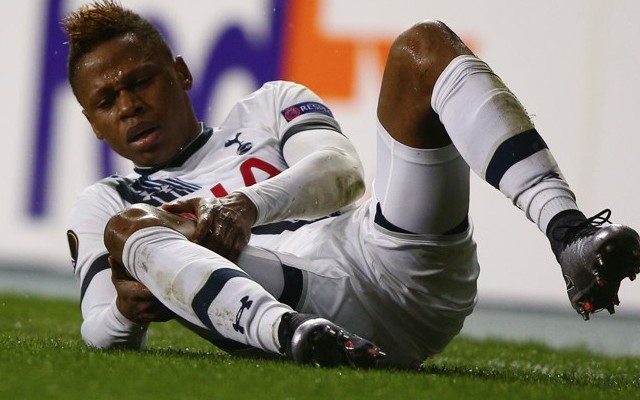 It seems that Tottenham Hotspur have not given up on Clinton N’Jie.

A report in The Guardian this week claimed that Spurs might allow the Cameroonian international to leave because they are targeting Marseille winger Georges-Kevin N’Koudou.

The 22-year-old joined Tottenham from Lyon last summer but a couple of injuries prevented him from making a single Premier League start, or finding the net in any competition.

According to Sky Sports, Marseille are interested in taking N’Jie on loan, but Tottenham are not keen on the idea and that could prove a stumbling block in any potential N’Koudou deal.

Sky Sports adds that N’Jie is determined to fight for his place in Mauricio Pochettino’s team next season, and that the Argentine still has high hopes that the player can be a success.

N’Jie, who can play out wide or as a central striker, is a raw talent who is short of senior experience, although he did score eight goals and supply nine assists in 43 games for Lyon.