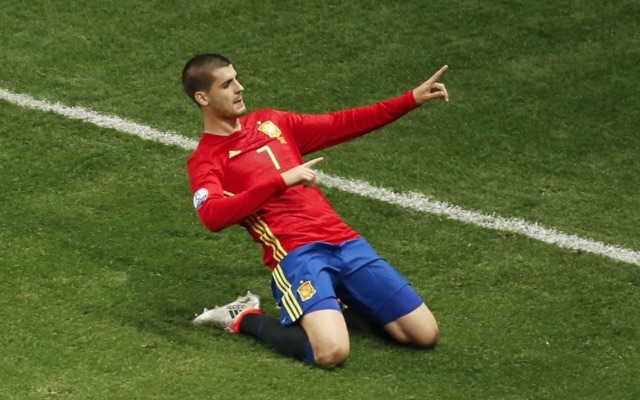 Real Madrid boss Zinedine Zidane has revealed that Alvaro Morata will remain at the Champions League title holders next season.

Arsenal were closely linked with the Spanish intentional but it now looks like the Gunners will miss out on yet another striker target.

The Spanish giants signed Morata from Juventus over the summer using their £25 million buy-back option from Juventus according to Talksport.

There were reports that Real only signed Morata to make a profit with his instant sell-on clause following interest from clubs across Europe.

Zidane has however, stated that he is delighted to have Morata back following a season on loan at Italian giants Juventus and confirmed that the Spanish international is in his plans for the new season.

The Real manager underlined that Morata knows the club inside out as he is a youth product and that he wants players who have close ties with Spanish giants in his squad.

“He’s back and I’m happy to have him,” Zidane was quoted as saying by Talksport.

“He is an academy product, who knows what Real Madrid is and truthfully we are, and me above all, happy to have him with us. Later we’ll see…

“We have a large squad and all the players will be important. Alvaro will be one more of the team.”