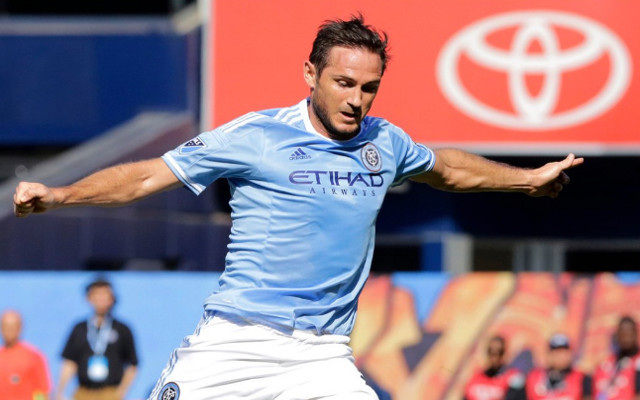 Frank Lampard and Steven Gerrard will play no part in a pre-season friendly against Arsenal this summer after being snubbed by the MLS All-Star squad.

MLS announce a star-studded team to face a Premier League outfit every summer, with Arsene Wenger taking his troops across this time round as they continue their pre-season preparations.

However, with few able to come up with reasons as to why they haven’t been included aside from the fact that perhaps their form hasn’t warranted it, Lampard and Gerrard will not feature against some familiar faces.

In contrast, Didier Drogba, Andrea Pirlo and Giovani Dos Santos will take part, along with other former stars of European football including David Villa, Kaka and Clint Dempsey.

The game takes place in San Jose on July 28, with the former Chelsea and Liverpool aces now set to watch from home as they continue to play their part in New York City FC and Los Angeles Galaxy’s respective seasons.

It will be a disappointment for the pair, particularly given that they are considered marquee players of the league and will have been keen on featuring against a former Premier League foe.