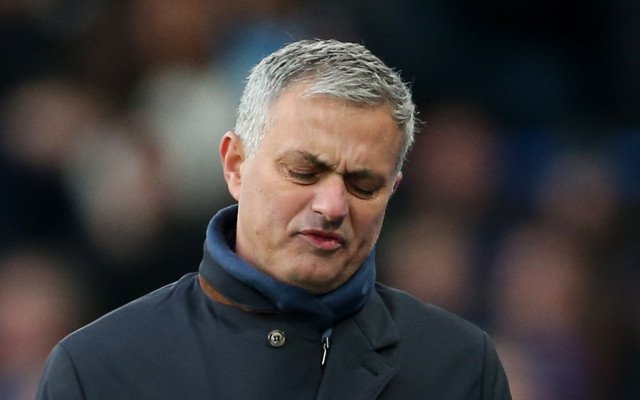 Manchester United boss Jose Mourinho is reportedly looking to push back his return to Chelsea due to his new club’s Europa League commitments.

The Portuguese tactician is scheduled to return to Stamford Bridge on Sunday October 23, his first visit to his former club since being sacked last December.

However, according to The Times, he’s hoping to have the game rescheduled as United are set to play in the Europa League less than 72 hours prior to the game while Chelsea would have the week off.

Given the importance of the encounter to the United boss and his team, it’s obvious why he would want the change to be made in order to give his side a better chance of coming away with a positive result.

Nevertheless, it’s difficult to see him being able to force a change through, as ultimately it will be up to league officials to decide as to whether or not a change is warranted in order to give a fair chance to both sides to prepare with sufficient time.

Chelsea finished in 10th place in the Premier League last season and in turn will be absent from European football entirely, while United’s fifth-place finish will see them compete in the Europa League.

Whether or not that has an impact on their respective seasons in general remains to be seen, as Antonio Conte has experience of using such a situation to his advantage in his first year with Juventus.

Meanwhile, Mourinho will have to rotate and take all competitions seriously, as he will be desperate to not only restore United to the top of the Premier League, but also to keep them in contention for trophies across the board in his first year at Old Trafford.

While the Europa League has been discredited by teams around Europe in recent years, much depends on each set of circumstances and a success in Europe regardless of the trophy should be welcomed by the ‘Special One’.