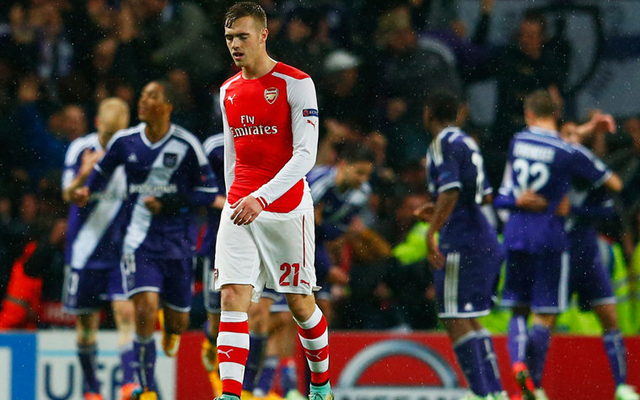 Arsenal defender Calum Chambers has revealed that he is looking forward to facing Chelsea legend Didier Drogba during his sides pre-season tour of American.

The Gunners will face the former Chelsea striker at San Jose on July 29 when the North London based side take on the MLS All-Stars.

Drogba has a great record against Arsenal having scored 15 goals in 15 games against his former rivals for both Chelsea and Galatasaray.

“It will be a good test playing against a player with such experience,” Chambers explained to Arsenal Player.

“He is probably the player I’m looking forward to playing the most.”

Chambers admitted that he admires Drogba and that it will be a great experience to play against the Ivorian international.

The England international stated that Drogba is is a great finisher and that he was a complete striker which made him a formidable advisory.

“He just always scores important goals. The way he plays, obviously he is strong and is a big character. To match up with players like that is what you want to do and who you want to play against,” he added.

“That for me will be a great experience to play against him.

“He was always in the right place at the right time and the way he plays, he’s got a great finish on him as well and he is strong. He has the whole package which makes him such a handful.”

The Gunners will take on the MLS all stars on 28th July and Chivas Guadalajar on 31st July as part of their summer US tour.

Arsenal will then take on Viking FK in Stavanger, Norway on 5th August and then Premier League rivals Manchester City in Gothenburg, Sweden on 07 August.