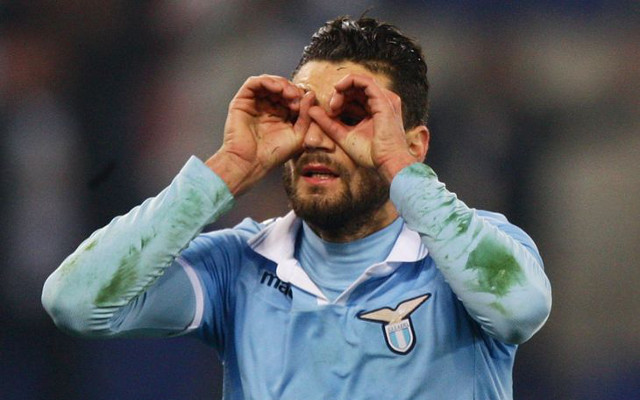 Lazio’s star midfielder Antonio Candreva has been linked with a move to Chelsea according to The Sun.

The report states that versatile winger is keen on a  reunion with this former manager at Stamford Bridge.

The Sun also report that Chelsea have tabled a £25 million bid for the Italy international in order to fend off interest from Inter Milan.

Candreva was a major part of Conte’s Italy side during Euro 2016 and is comfortable playing as wither a wingback or an attacking winger.

The daily tabloid paper goes onto state that Candreva has told Lazio that he wants fresh start for the upcoming season.

“He joined Lazio and even got insults from some fans. He won them all over but now Antonio has realised it’s time for a new challenge,” Candreva’s agent Federico Pastorello said.

Candreva provided five assists and scored 12 goals in 44 appearances for Lazio in all competitions last season.