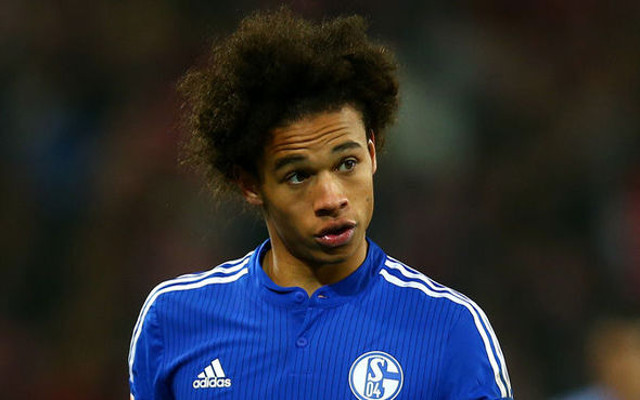 Manchester City are closing in on a £42 million move for Schalke 04 forward Leroy Sane according to the Guardian.

Per the source, City are on the verge of completing the transfer of Sane and the 20-year-old is expected to leave the Bundesliga outfit over the summer.

City are reported to have been keeping tabs on the Germany intentional since 2013 and despite interest from Bayern Munich and Real Madrid the Citizens are favourites to sign him.

Schalke 04  sporting director Christian Hiedel has revealed that Sane is expected to leave the Bundesliga outfit over the summer after handing in his transfer request.

“Leroy has made it clear he would like to leave this summer,” he was quoted as saying by the Guardian.

“We will consent to a transfer if Schalke’s conditions are met.”

City were reported to be willing to offer £35 million for the Schalke youngster but will now increase their bid after an impressive season.

Sane has 11 goals and seven assists in 47 Bundesliga games for Schalke since making his debut in 2014 and he also made the cut for the Germany Euro 2016 side that reached the semi-finals.

The 20-year-old did however, play just 11 minutes during Germany’s European Championship campaign coming on as a substitute in the 2-0 defeat against hosts France in the semi-final.