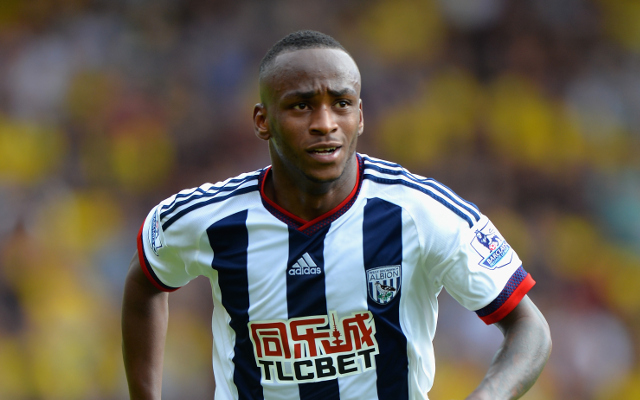 Stoke City have made a bid for West Ham striker Saido Berahino according to head coach Mark Hughes.

The Stoke manager confirmed making an offer but revealed that West Brom have yet to accept the bid made.

Hughes did however, state that he expects West Brom to allow Berahinho to join Stoke City over the summer transfer window.

“He’s a player at another club, so I don’t really want to comment too much, but it’s fair to say we’ve put bids in that, as we stand, haven’t been accepted yet, but we’re still hopeful on that one,” Hughes was quoted as saying by The Irish News.

Berahino has been trying to force his way out of West Brom for over a season after he submitted a transfer request following interest from Tottenham Hotspur, according to The Guardian.

The England U21 international has no intention of staying at West Brom next season and Stoke are currently favourites to sign the striker.

The Telegraph reports that Berahino is valued at around £20m by the Baggies despite a disappointing 2015-16 campaign.

Berahino only managed to find the back of the net four times in 17 league starts last term but he did manager to scored 14 times the previous season.