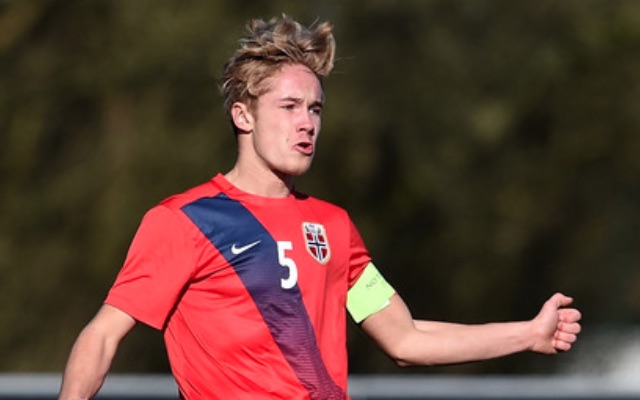 Arsenal are believed to have fought off competition from Manchester United to secure the signature of Norwegian wonderkid Erik Tobias Sandberg.

The Sun reports that the Gunners have agreed a deal with Lillestrom SK to sign the 16-year-old, who will sign a professional deal at the Emirates in February 2017.

According to The Sun, Sandberg first caught Arsenal’s eye with an impressive performance when he captained Norway Under-16s against England earlier this year.

The Sun adds that Manchester United were also keen on the player, but have been beaten to the classy central defender by their old Premier League rivals.

Arsenal are on a mission to scour the world for the best young talent, and Sandberg is widely perceived to be one of the hottest properties in Scandinavia.

Gunners fans will accept Arsene Wenger investing in youth as long as he also strengthens his first-team squad. Granit Xhaka is the only senior addition so far this summer.