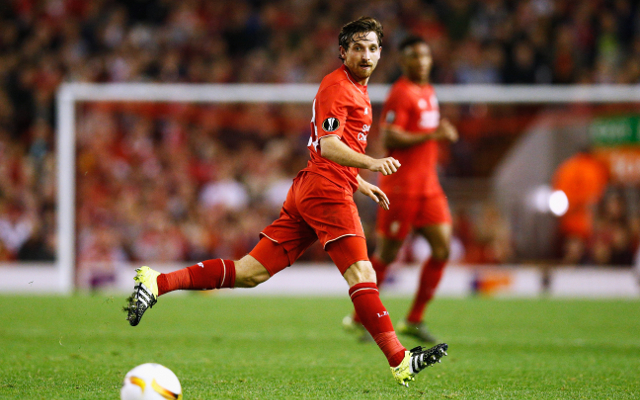 Liverpool manager Jurgen Klopp has refused to confirm whether Joe Allen has signed for another club.

The Daily Record claim that Manchester United are closing in on a deal for the Wales international.

Klopp revealed that he will not comment on the transfer rumours but did however, confirm that he is a fan of Allen in fact he called the Wales international a ‘wonderful player.

“We cannot comment because we couldn’t do anything else all day if we did, so we shouldn’t start with this,” Klopp was quoted as saying by Goal.

“I feel good [about Allen]. I like the guy and I really think he is a wonderful football player: I knew this before the European Championships, I saw it during the Euros and I know it now.”

Klopp also stated that he has not actually had talks with Allen since before the European Championships. The last time he spoke with the central midfielder was back in May at the Europa League final in Basle.

Wales reached the semi-final of Euro 2016 with Allen playing a key role for the Wales national team.

As a result of his international duties Allen is entitled to a longer break than some of his Liverpool team-mates who did not play in France this summer.

“I have said all I can say about this. It is all about respecting contracts, negotiating or not – whatever – and make a transfer or not,” he added.

“But is it nothing to discuss in public but I’ve not seen him since the middle of May in Basle [at the Europa League final], sadly.”

Allen is expected to leave Liverpool this summer as he enters the final 12 months of his contract.

According to The Guardian, not since Phil Chisnall’s £25,000 move from Liverpool to Manchester United in 1962 has a player transfer directly between the two rivals.