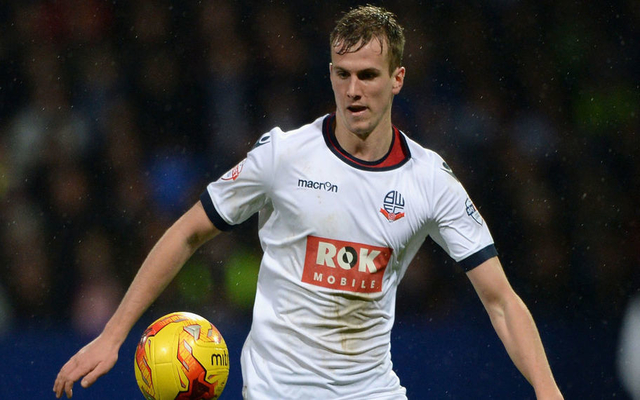 Arsenal have confirmed that they have agreed to sign young defensive talent Rob Holding from Bolton Wanderers on a long-term contract.

It’s been a successful 12 months or so for the 20-year-old, as after making 30 appearances for Bolton last season, he picked up the club’s player of the season award.

Further, he played an integral role in England Under-21s success in their victory at the Toulon Tournament in France and will have a familiar face at the Emirates after playing alongside Calum Chambers.

The Gunners confirmed the news in a post on their official website, noting that Holding’s versatility is a stand-out characteristic that they were impressed with as he has an ability to play both at centre back and full back.

While it isn’t quite the high-profile move that many Arsenal fans will have been hoping for, it’s another astute signing from Arsene Wenger as he continues to add talented young players to his squad with a view of them developing into figure heads of their future.

However, perhaps in a bid to appease any disgruntled supporters, the official note on the site ends with a comment that the club ‘remain in the market’ and will update with any further transfer news in the coming weeks.

Holding was with Bolton since the age of seven and made his senior debut for the club last August, and despite their relegation, he stood out as one of their best players.

His arrival makes it three summer signings for Arsenal, with the 20-year-old following Granit Xhaka and Takuma Asano through the entrance at the Emirates.