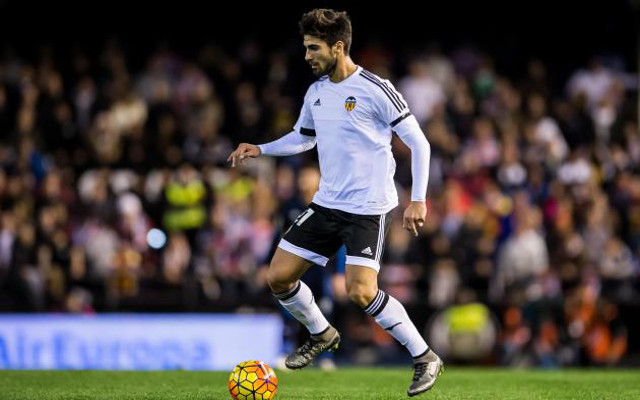 Barcelona have officially confirmed an agreement is in place to sign of Valencia playmaker Andre Gomes in a deal reportedly worth £41.7m.

The 22-year-old enjoyed a stellar season last year, scoring four goals and providing seven assists in 41 appearances in all competitions for Los Che.

In turn, he attracted attention from around Europe, with the likes of Real Madrid and Manchester United also said to have been keen on signing him, as noted by Sky Sports.

However, it is Barca who have landed his signature with the club confirming the deal on Twitter, with Sky Sports reporting details of the transfer fee, claiming that he will cost the club £41.7m

Further, it’s added that Gomes has signed a five-year deal with the Catalan giants, and will be presented as a Barca player some time next week.

It’s been a memorable summer for the Portuguese international, as after playing his part in his country’s triumph at Euro 2016 earlier this month, he’ll now look forward to playing for one of the biggest clubs in the world.

As a result, it promises to be an even more formidable task for their rivals to deny them further silverware this season, as essentially the Spanish giants are building a strong squad behind their feared attacking trident of Lionel Messi, Luis Suarez and Neymar.

It remains to be seen how their domestic and European rivals continue to react and strengthen their respective squads, but it already promises to be an intriguing year with the La Liga champions hoping to compete on all fronts and add more trophies to their significant collection.

As for Gomes, he may find it difficult to initially break into the team given the competition in midfield, but given his age, Barca evidently believe he can be an important part of their future.