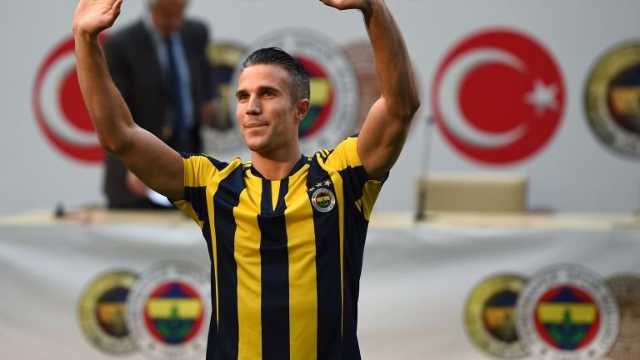 Robin van Persie’s agent has reportedly offered his client to Barcelona according to Sport.

Per the source, Van Persie has been offered to Barca as a fourth-striker behind the MSN – Messi, Suarez, Neymar.

The report claims that Fenerbahce want £10 million for Van Persie as he has another two-years remaining on his current contract.

The source also reports that the 32-year-old striker earns £5 million per-season and that he does not want to accept a lower wage packet.

Stoke City have also been close linked with Van Persie however, Fenerbahce turned down a loan bid from the Potters a source close to the player has told Emre Sarigul and the Istanbul giants will not sell him over the summer and scored 16 times in the Super Lig last season helping his side finish as runner-up in the league.

Van Persie joined the Istanbul giants on a three-year deal from United last season and has settled into life in Turkey along with his family.