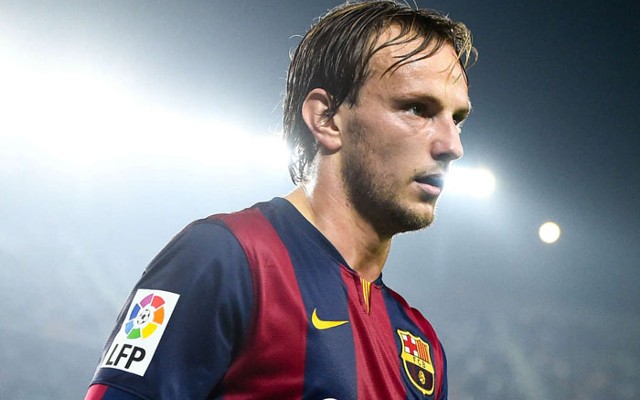 Barcelona midfielder Ivan Rakitic is at the centre of transfer speculation after it was claimed that he could be ready to quit the Catalan giants this summer.

The La Liga champions confirmed that they had an agreement in place to sign Andre Gomes from Valencia on Twitter on Thursday, with the Portuguese international adding further competition in midfield.

Shortly after, Rakitic’s agent, Miquel Sors, took to social media too and left a cryptic yet concerning message which has been interpreted as being about his Croatian client’s future.

“I think it’s time to go…” he wrote on Friday morning, as seen below, before then retweeting a message that suggested Barca would have to sell a midfielder this summer given the number of options at Luis Enrique’s disposal.

The Spanish giants have already signed Denis Suarez this summer, and Gomes joins the likes of Andres Iniesta, Sergio Busquets, Rafinha, Javier Mascherano and Sergi Samper amongst others as options to be played in midfield.

It would undoubtedly be a major shock to see Rakitic leave, as the former Sevilla ace has been highly impressive since moving to the Nou Camp in 2014.

There is still other explanations of course, with Sors possibly using it as a strategy in contract talks to earn his client a better deal, while he may well have been alluding to something else entirely.

However, the timing is suspicious and the topic that he is referring to is pretty clear, which in turn will leave many Barca fans concerned about losing one of their star men.

Given his quality and experience that he has displayed for a significant period of time for both club and country, there will no shortage of interested parties from around Europe if Rakitic is indeed seeking an exit.