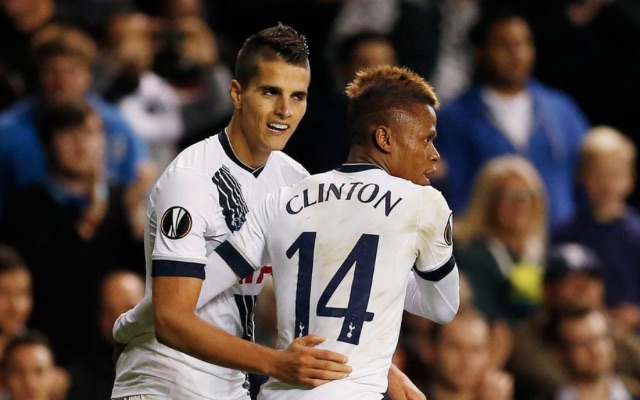 Lyon and Nice are believed to have joined the race to sign Clinton N’Jie from Tottenham Hotspur.

As The Guardian reports, the 22-year-old had been expected to join Marseille on loan from Spurs as a replacement for Georges-Kévin Nkoudou, who is poised to make an £11m switch the other way.

But Sky Sports understands that two other Ligue 1 clubs are ready to rival Marseille for N’Jie’s signature, including his former side Lyon, who sold the forward to Tottenham only 12 months ago.

The Cameroonian’s debut season at White Hart Lane was badly hampered by injury as he failed to make a single Premier League start, or find the net in any of his 14 games in all competitions.

But he has a good international pedigree, having scored six goals in his first 13 caps for Cameroon, and his reputation clearly remains intact in France as three of its biggest clubs are chasing him.

According to Sky Sports, talks are ongoing about N’Jie’s future and whether his exit will be permanent or on loan. Spurs would surely rather do business with Marseille to speed up Nkoudou’s arrival.