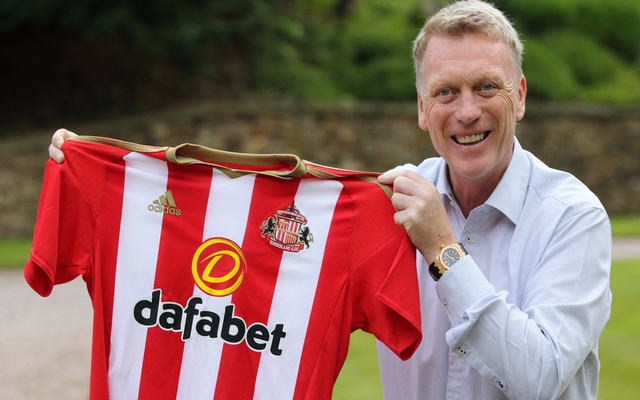 Sunderland have officially confirmed the appointment of David Moyes as their new manager after Sam Allardyce’s exit earlier this week.

The 53-year-old has put pen-to-paper on a four-year deal at the Stadium of Light, and will now look forward to a new challenge in the Premier League.

Moyes’ opportunity arose after Allardyce was appointed the new England manager on Friday, with Sunderland wasting little time in bringing in a replacement.

Naturally, the former Everton and Manchester United boss was delighted with his new position, and will hope to help lead the club’s progress in the coming years.

“I am delighted to have joined Sunderland. I am relishing the challenge and excited by the opportunity,” he told the club’s official website.

“I have taken over a big British club, with a great support and I’m looking forward to working in the Premier League again.

“I look forward to continuing the good work done by Sam.”

It won’t be an easy job for Moyes though, with Allardyce keeping the Black Cats in the Premier League with just a game to spare last season as they continued to flirt with the possibility of relegation.

The new manager will hope to avoid a repeat scenario of that and will eye progress up into mid-table at the very least, although he will now have to move quickly in the transfer market given that Sunderland have yet to bring in any new players.

Further, from Moyes’ perspective it will be a chance to silence his critics too having now experienced difficulties in his last two jobs with United and Real Sociedad respectively.

The Scottish tactician’s reputation has certainly taken a hit as a result of those two tenures, but that will have to be put firmly to the back of his mind ahead of the new campaign.