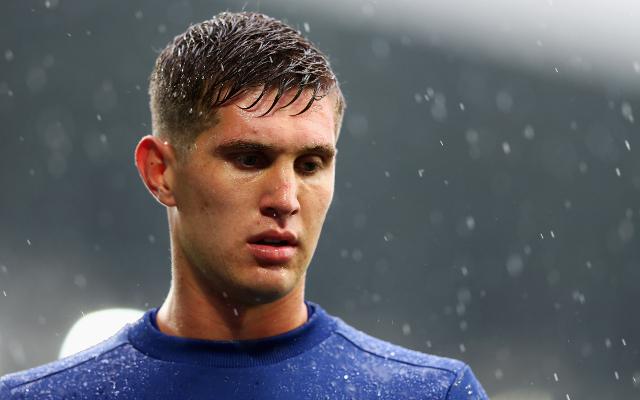 Manchester City are reportedly close to striking a deal for Everton defender John Stones after re-opening talks with their Premier League rivals.

The England international has been linked with an exit from Goodison Park since last summer, but no interested party has seemingly been able to meet Everton’s demands.

However, according to The Mirror, that could be about to change as it’s claimed that the two clubs are ‘edging ever closer’ to reaching a deal on a transfer fee after a ‘positive breakthrough on Friday night’.

Everton owner Farhad Moshiri had reportedly told City that he wouldn’t be interested in selling Stones for anything less than £50m, with the title contenders refusing to go beyond £40m initially.

With a deal looking unlikely, the situation has seemingly changed over the last 48 hours with City now said to be willing to meet Everton’s demands and will lodge a £50m bid, with the Toffees not expected to stand in the way of the 22-year-old making the switch.

Stones will be seen as a key signing for Pep Guardiola, as the Spaniard first and foremost needs to strengthen his defensive options ahead of his first season in charge at the Etihad.

Question marks remain over Vincent Kompany’s ability to stay fit, while the likes of Nicolas Otamendi and Eliaquim Mangala haven’t entirely convinced since their arrival in Manchester from a defensive perspective.

While Stones would certainly be an upgrade in that regard, he’ll also likely play a key role in Guardiola’s plans to build a system and style of play at City.

As seen at both Barcelona and Bayern Munich, the Spanish tactician prefers centre-halves who are capable of building play from the back and who are comfortable in possession.

Stones ticks both those boxes too, and he would undoubtedly relish the opportunity to play in the Champions League this season as well as continue to develop his game under one of the top tacticians in world football.

Provided City are now ready to meet Everton’s valuation, Stones could well be making the switch to Manchester sooner rather than later.