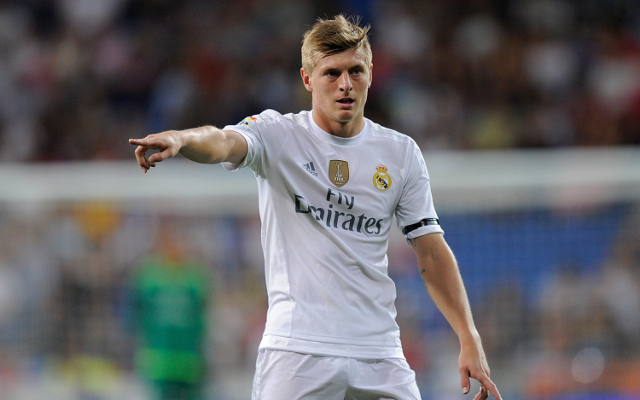 Manchester City boss Pep Guardiola has been put off a move for Real Madrid midfielder Toni Kroos over the German’s reported wage demands.

The pair have previously worked together at Bayern Munich, and with Guardiola looking to stamp his own style on the City squad, the midfield maestro would arguably be a perfect fit for him at the Etihad.

However, a move doesn’t look likely as The Sun claim that Kroos would be looking for a staggering £240,000-a-week salary, what is reportedly currently what he earns at Real, which is double what City initially thought they would have to offer.

A City source told The Sun: “It was a shock to discover that Kroos is one of the biggest earners at Madrid.

“That was one of the reasons why he quit Bayern. It was thought it would be closer to £120,000 a week – so double their estimate.”

In turn, it’s unlikely that a deal will be struck any time soon, although Guardiola is in the process of offloading players that he deems surplus to requirements.

That includes Yaya Toure and Alexsandar Kolarov to start with according to The Sun, although it remains to be seen whether or not interested parties emerge with the ability to satisfy their respective demands.

The report goes on to add that Kroos is keen to work with Guardiola again and isn’t ruling out a move to the Premier League this summer, and he would join Nolito and Ilkay Gundogan as the club’s two major signings so far.

Nevertheless, it seems as though plenty has to happen before it becomes a reality, not least negotiations over his wages as it is believed that City are not prepared to splash out such vast amounts on the German international regardless of the level of influence he could have on the team.