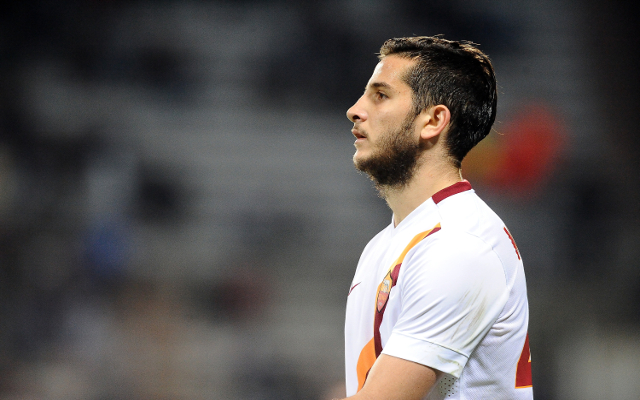 Chelsea, Manchester City and Manchester United are all reportedly interested in Roma defender Kostas Manolas, according to the player’s agent.

The Greek international moved to the Italian capital in 2014, and has impressed with his performances for the Giallorossi.

In turn, it is no surprise to see many of the top Premier League clubs interested in acquiring him, and it appears their interest is being welcomed by the defender’s representative.

“I haven’t spoken with Roma for a while. Will he remain in the capital? No comment.”

Given the speculation that has done the rounds in the British media, it is suggested that both City and Chelsea are prioritising a defender between now and the end of the transfer window. In contrast, a move from United would seem a little strange given that Jose Mourinho has already splashed out on Eric Bailly from Villarreal.

As a result, it remains to be seen whether or not it really is a three-horse race, or whether two of the three noted clubs are in fact ready to make their move for the former Olympiakos man.

The 25-year-old has certainly established himself as one of the leading defenders in Serie A, forming a crucial part of Roma’s success over the last two years.

In contrast, it could merely be a ploy to speed up contract talks with Roma, as Manolas has been in talks over a new deal, as noted in the report, with not much progress being made.