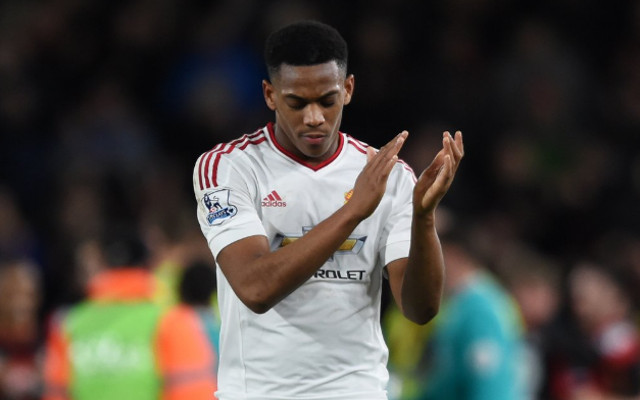 Manchester United star Anthony Martial is reportedly upset over losing the No.9 shirt at the club, and some Arsenal fans want their club to swoop.

Now it’s worth starting off by stating that this is 99.9 per cent not going to happen, but such is the silly season and its speculation, it hasn’t taken long for many to spread the suggestion.

Martial joined United last summer and was highly influential for Louis van Gaal’s side last season, but there is a fear that he could now be unsettled after losing the No.9 shirt to Zlatan Ibrahimovic.

Having unfollowed United on Twitter and Facebook and made a point of the number being his by changing his cover photo, many eagle-eyed fans have suggested that he could actually be fairly upset by the matter.

In turn, after a handful of fans claimed Arsenal should have a go at signing the French international, others were quick to mock their idea…

Scenes when Wenger nicks Martial off United and gives him the number 9.

Martial is upset. Go bid for him. Who cares if there’s no chance you get him. Unsettle him. Fuck with Jose. Poke the bear. Live a little.

I think Arsenal should test United’s resolve with a 40m for Martial. Seems like turmoil is breaking out at Old Trafford

Arsenal fans really are deluded……..as if Martial would leave Manchester United for a joke of a club like Arsenal, keep dreaming Gooners

Silly Season at its finest

Funniest thing to come from Martial changing shirt numbers and apparently being pissed off is Arsenal fans actually think he’ll join them.

Arsenal fans actually believe that they going to get martial because wenger speaks french ?????

Arsenal thinking they’re getting Martial ? If the guy is that sensitive about numbers he’s hardly going to like 4th is he? ?