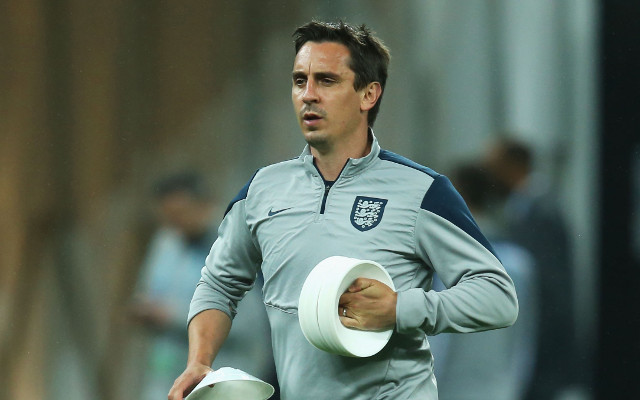 David Moyes has reportedly identified Gary Neville as a possible assistant to him at Sunderland.

The Scotsman was confirmed as successor to new England manager Sam Allardyce yesterday, and The Express understands that he is wasting no time in getting to work on his backroom team.

According to The Express, Manchester United legend Neville is a contender to be No.2 to Moyes at the Stadium of Light. He has previous experience in this role as deputy to Roy Hodgson for England.

Having left his popular punditry position with Sky Sports to take over at Valencia, who sacked him four months later, and quit as England coach after Euro 2016, Neville is contemplating his next move.

A return to Monday Night Football would be lucrative, but Neville may want to stay within coaching and could consult brother Phil, who worked alongside Moyes in his short stint as United manager.

Moyes does not have long to get Sunderland into shape for the new campaign. The Black Cats are off to France for pre-season today, and begin their Premier League at Manchester City on August 13.