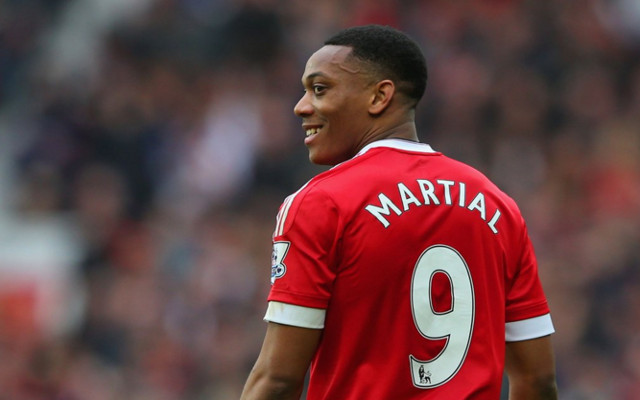 Reports have claimed that Manchester United forward Anthony Martial is unhappy after he wasn’t consulted before the No.9 shirt was given to Zlatan Ibrahimovic.

The French international arrived at Old Trafford from Monaco last summer, and made an instant impact as he became a firm fans favourite with his performances on the pitch.

However, his future has seemingly, and perhaps rather ridiculously, been thrown into doubt over a shirt number, with Ibrahimovic being handed the No.9 jersey after signing for United earlier this summer.

Whether or not it’s right Martial is upset about the matter is up for debate, and it has certainly started the conversation on social media with United fans taking to Twitter to air their opinions.

The 20-year-old has since shown in his displeasure on social media by taking subtle digs over it and unfollowing United on Twitter and Facebook, although naturally perhaps not all the details are known at this stage.

In turn, it’s led to a concerned response from supporters which may well end up being nothing more than a storm in a teacup…

Mourinho back at it with his great youth policy. Wind up your best youth player until he leaves. Martial going the same way as De Bruyne

a player’s squad number changed!? what an absolute travesty. Martial switched from 9 to 11. 9 for a striker, 11 for a winger. NOT A STORY.

Martial ain’t leaving, people need to relax. I’m 20 year old and I get pissed for small things, Martial’s fuss about it is understandable.

This Anthony Martial and Ibrahimovic issue, Mourinho should not start his tenure by dividing Manchester United players na. Gosh

Have to say, Martial is going to hate Mourinho…

Mourinho ruining Martial before the season even starts ?

The concept of Martial wanting to leave Man United because No.9 was given to Ibrahimovic might just be my favourite transfer rumour ever.