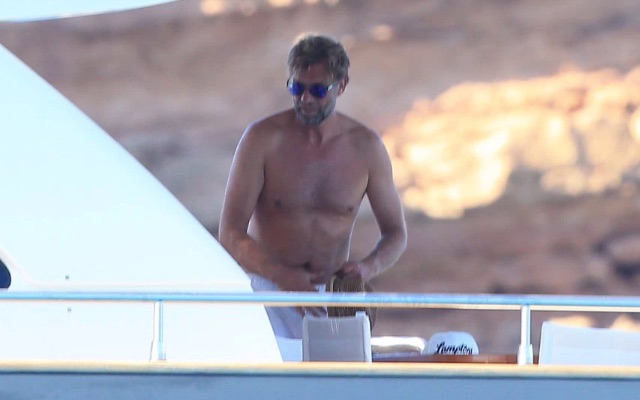 Liverpool’s seventh signing of 2016 has met up with the rest of the squad in the USA.

After passing a medical on Merseyside and posing for photos at the club’s Melwood training ground, Wijnaldum hopped on a plane and clocked up around 5,000 airmiles.

Klopp and his players had already been in the States for two days before Wijnaldum’s arrival – clearly long enough for the German manager’s skin to tan rather handsomely.

In fact, Klopp – who is pictured at the top of this article topless during his June holiday in Formentera – looks a little burned.

Surely Liverpool still have enough left in the bank to buy some factor 50 for the boys?

Liverpool are currently unbeaten in preseason, having record wins over Tranmere Rovers, Fleetwood Town, Wigan Athletic and Huddersfield without conceding a single goal.

Klopp’s men play twice in California – against Chelsea and AC Milan, before returning to England to face Barcelona at Wembley in their final friendly of the summer.