With Gonzalo Higuain expected to complete his move to Juventus next week, Napoli supporters have shown their wrath towards the Argentine forward.

The 28-year-old scored 36 goals in 35 Serie A outings last season, but it wasn’t enough to help the Partenopei dethrone their rivals.

As reported by Sky Sport Italia expert Gianluca Di Marzio on Saturday, it appears as though he is ready to cross the divide with the Turin giants having agreed personal terms with him while he has also passed a medical.

All that’s left now is for the two clubs to agree on the fee, with Juve understood to be ready to pay the €94.7m release clause in Higuain’s contract.

Given the Argentine’s connection with the club and supporters, it’s no surprise to see Napoli fans react in such a furious way. However, it’s made worse by the fact that he’s leaving for their bitter rivals and current Scudetto competition.

On the other hand, it’s difficult to really blame the player for making the move given that Juve offer more assurances of winning silverware in the coming years, while ultimately it will be down to the club to accept the offer and allow the transfer to go through.

Nevertheless, all of that will matter little to the fans who will see it as a betrayal, and their actions, as seen below, have undoubtedly set the tone for when the 28-year-old returns to visit his former club next season. 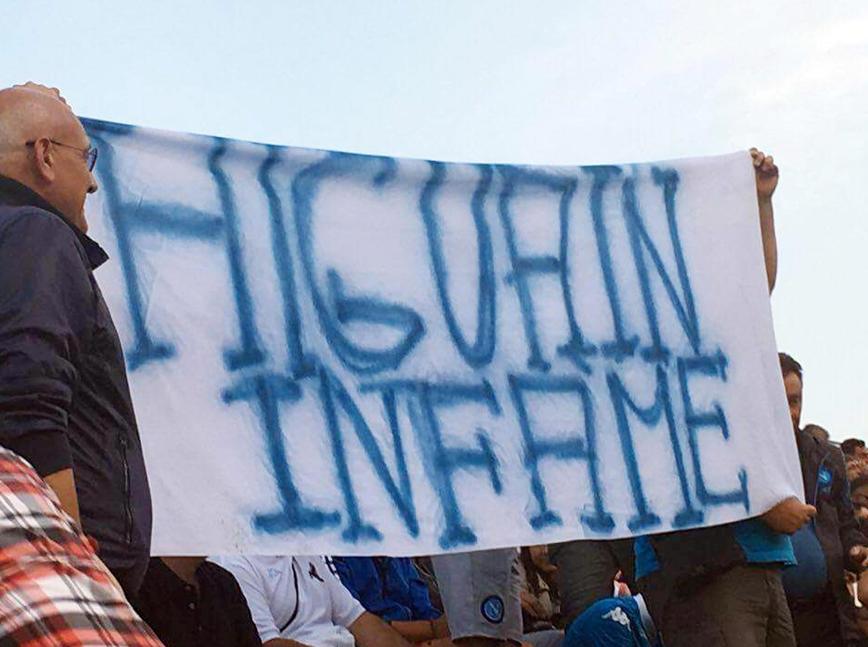 Napoli fans put a hole through Higuain’s face at the club’s preseason camp in Dimaro. pic.twitter.com/DGEMvGiYJz