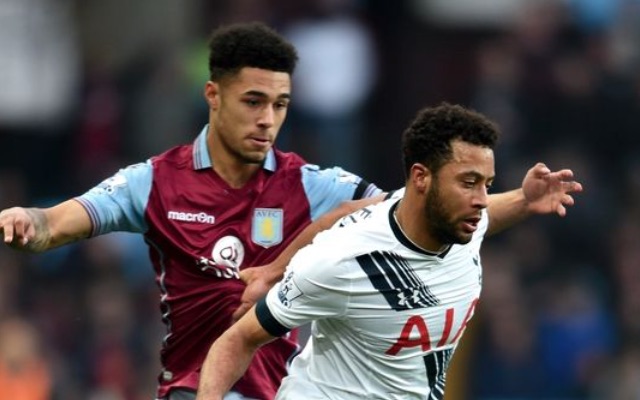 Tottenham Hotspur are understood to have taken an interest in Aston Villa teenager Andre Green.

The 17-year-old winger made his senior debut for Villa in a 2-0 Premier League defeat to Spurs last season and caught the eye of Mauricio Pochettino, the Birmingham Mail cites The Mirror as claiming.

Green was given his first-team breakthrough by Remi Garde but is also said to be highly rated by new Villans manager Roberto Di Matteo, who plans to feature him in the Championship this season.

But he might not get that opportunity because the Birmingham Mail reckons that Pochettino is now monitoring the teenager closely and could sanction Tottenham to make a swoop this summer.

Pochettino has already worked wonders at White Hart Lane when signing young English talent from outside of the Premier League. Dele Alli and Eric Dier have become integral players for club and country.

And although Green is a local lad – he has come through the Villa academy at Bodymoor Heath – the chance to work with a manager of Pochettino’s reputation may be too good to turn down.