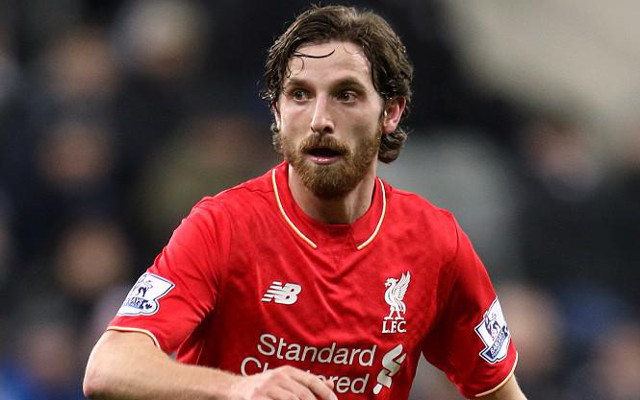 Liverpool midfielder Joe Allen is closing in on an exit from Anfield as he will reportedly undergo a medical with Stoke City on Monday.

The Welsh international struggled to establish himself in the starting line-up with the Reds last season, but was able to shine at Euro 2016 earlier this summer.

In turn, interest in acquiring him grew and it appears as though he will begin the new campaign with a new club as Stoke look set to beat out Swansea City to his signing.

According to The Liverpool Echo, Allen agreed personal terms with Stoke over the weekend after Mark Hughes convinced him to make the move, and he will now finalise the deal this week and complete his switch to the Britannia Stadium.

The 26-year-old arrived at Anfield for £15m in 2012, and given that he’s also entering the final year of his contract, it arguably represents good business from Liverpool’s perspective.

It will certainly be seen as the right move for the player himself, as having already struggled for playing time last year, the arrivals of Marko Grujic and Georginio Wijnaldum at Liverpool this summer would have made it even more difficult for him to hold down a spot in the starting line-up.

Given his ability and what he showed for Wales when handed a prominent role in a team, it’s no surprise that Stoke and Swansea were interested, while it’s also not a shock that he opted against merely being a squad player next season.

In turn, he’s expected to now complete his move in the coming days and will fly out to the US to join up with his new team-mates on their pre-season tour ahead of what he will hope will be a successful year for both himself and the Potters.