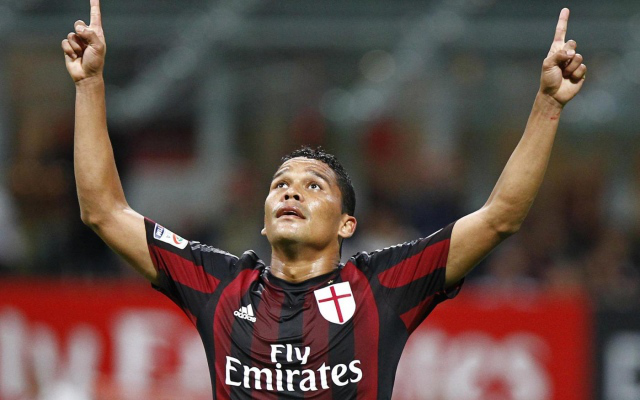 According to reports in Spain, AC Milan striker Carlos Bacca has emerged as an alternative to Luciano Vietto for Barcelona this summer.

The Atletico Madrid starlet is seen as the primary target for the Catalan giants, but they risk losing out on him as he looks set to move to Sevilla on loan.

In turn, according to Mundo Deportivo, Bacca has emerged on Luis Enrique’s transfer radar, with the Colombian international set to leave the San Siro ahead of the upcoming campaign.

The Rossoneri accepted a €30m offer from West Ham United for the 29-year-old, but he has twice turned the Hammers down as he wishes to sign for a club that will feature in the Champions League next season, as noted in the report by the Spanish media outlet.

Further, it’s added that Barca will face competition from Napoli, but as of yet the Serie A outfit haven’t been able to offer a satisfactory package to prise him away from their domestic rivals.

Nevertheless, it’s no surprise that Bacca is potentially being considered by Barca, as he left Spain last year with a record of 49 goals in 108 games as well as two Europa League trophies during his time with Sevilla.

He continued his impressive goalscoring record with 18 in his first season in Italy, and it appears it may well be his only campaign in Serie A as he now looks set for a second spell in La Liga.

The report goes on to add that Mario Gomez is also an alternative for the Blaugrana, although his salary could be an obstacle that makes a move impossible.

Enrique has seemingly decided that he requires another striker in his squad ahead of the new season, with Bacca having to fight to try and displace Luis Suarez from the starting line-up.

Given that they will be competing on numerous fronts over the next nine months or so, it’s no surprise that the Spanish champions are looking to add quality and depth where possible.