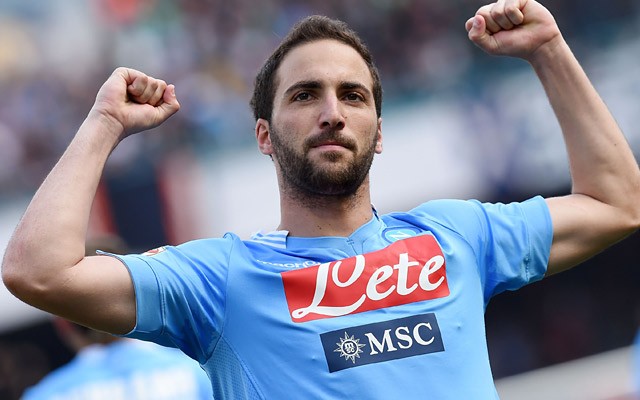 Juventus have this evening confirmed that they have signed Gonzalo Higuain from Serie A rivals Napoli.

A statement on the official Juve website confirmed that Higuain has penned a five-year contract.

It also stated that the Higuain transfer fee was €90m, which converts to £75.24m.

That fee will be paid over two financial years, according to Juve.

Meanwhile, Sky Sports have reported that Higuain, 28, will get paid £6.3m per season with Juve.

Those wages would add a further £31.5m to the overall cost of the deal, taking it to £106.74m over the course of five seasons.

Whether or not Higuain is worth this mega money is up for debate, but his record suggests he will not disappoint Juve fans in terms of goals.

In 104 Serie A appearances for Napoli, he scored 71 times, having bagged 52 goals in 90 La Liga outings for Real Madrid.

Last season was Higuain’s finest to date, in terms of his scoring record, as he averaged more than one goal per league game. The Argentina international netted 36 times in 35 Serie A games.