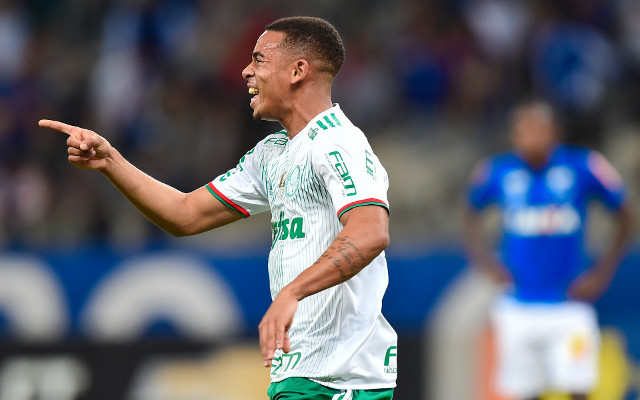 Manchester City are nearing a £20 million deal for Brazilian forward Gabriel Jesus despite interested from cross-city rivals Manchester United according to the Daily Mail.

Per the source, City have already entered talks with his club Palmeiras to sign him and then loan him back to the club until January.

City could however, face competition from rivals United as well as Spanish giants Real Madrid and Barcelona.

Italian giants Inter Milan are also however, in the race to sign the 19-year-old wonder-kid.

The highly rated youngster was rated the Best Newcomer in the Brazilian championship for his impressive season over the last league campaign.

City have already had a busy summer bringing in the likes of Borussia Dortmund star Ilkay Gundogan but Pep Guardiola’s side are also in talks with Schalke over winger Leroy Sane and Everton defender John Stones over a £50 million deal.

SEE ALSO:
(Photo) Chelsea and Manchester City target drops massive hint as to where he sees his future
Aston Villa owner reveals cull will take place this week with up to four players offloaded