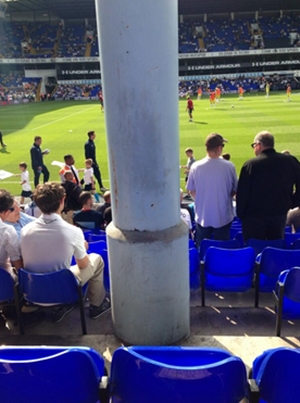 Tottenham signed Vincent Janssen on an £18.5 million move from Eredivisie outfit AZ Alkmaar over the summer.

The 22-year-old striker revealed that joining a club like Spurs was an easy decision to make and that he is convinced he made the right move.

Janssen was quoted by the Daily Mail as saying: “For me the choice was an easy one. I told myself when I had choices that I would only pick the one that was 100 per cent. And for me Tottenham was 100 per cent the right choice.”

Janssen revealed how he had to push and develop himself to break out of the Dutch lower tiers and praised his former boss at Almere who helped him.

“When you play in the Dutch second division, it’s not like you can live off that for your whole life” he added.

Janssen scored 32 goals in 74 games for Almere over a two-season span before joining AZ Alkmaar where he found the back of the net 27 times in 34 games.

Spurs finished the Premier League last season in third-place and booked a place in the Champions League group stages in the process.

Tottenham were actually in the title race until the last few weeks of the season before losing out to eventual winner Leicester City.

Janssen will play the first Champions League campaign of his career for the North London based outfit next season.