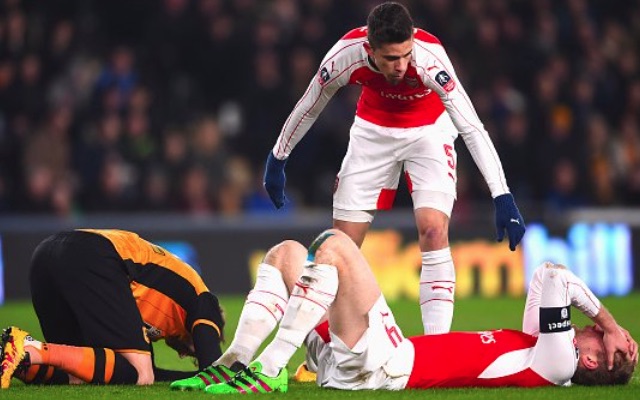 Arsenal defender Per Mertesacker has been ruled out for several months after suffering an injury blow during training according to the Guardian.

Gunners boss Arsene Wenger confirmed that the Germany international defender will be out of action for a few months after suffering a knee injury.

The experienced defender suffered a problem during the clash against Lens last Friday and was left out of the pre-season US tour as a result.

The injury could see Mertesacker miss up to five months but Wenger did not confirm the length of his injury in the presser.

The North London based side are currently in the US and will take on the MLS All-stars made up of the likes of Kaka, Didier Drogba, Andrea Pirlo, Didier Drogba and Clint Dempsey on Friday at the Avaya Stadium, in California.

Arsenal take on Liverpool on 14 August at the Emirates in their opening Premier League game of the season.