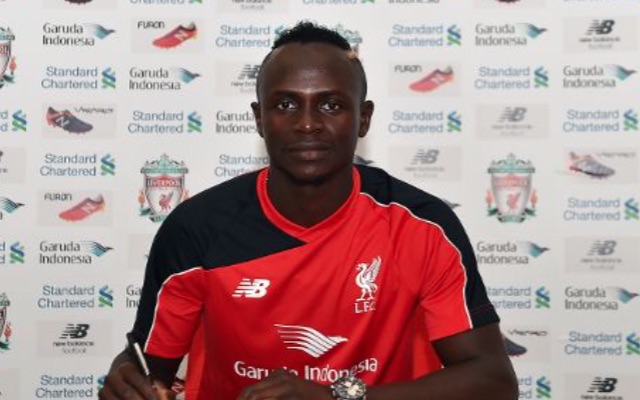 Liverpool’s latest signing Sadio Mane has revealed that he rejected an approach from Manchester United before joining the Reds according to ESPN.

The 24-year-old put pen-to-paper on a transfer from Southampton to Liverpool back in June. Mane joined for £30 million making him the Red’s third most-expensive ever signing.

ESPN state that Liverpool boss Jurgen Klopp played a major role in negotiations and his presence helped convince Mane to make the move to Anfield.

Klopp also tried to sign Mane from Salzburg while he was the manager of Borussia Dortmund. However, Southampton signed him up for £11.8 million and he scored 25 goals in 75 games since joining.

Mane was asked about reports which linked him with a move to Liverpool’s rivals Manchester Untied.

“Yes, it was true. There was interest from a lot of clubs, not just Manchester United, but as soon as I knew Liverpool were interested I just felt it was the right club with the right coach. It was right for me to come here,” Mane is quoted as saying by ESPN.

“Liverpool are a massive club with a big history that has won many trophies over the years and as soon as I was told of the possibility to come here and I knew the manager wanted me I said yes.

“It was the right move. I recognise the size of the club and to progress to another level as a player this was the club and the moment for me. It was a step I needed to make.”