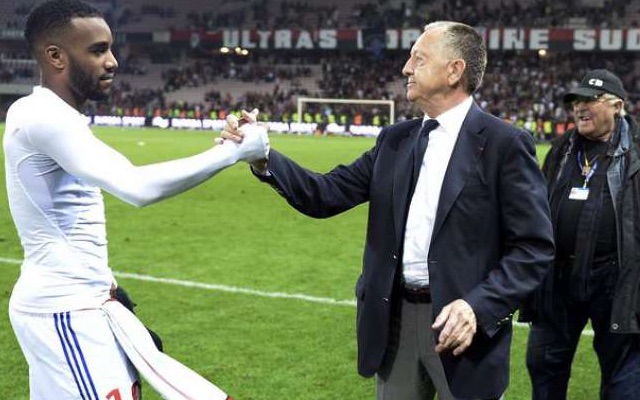 Arsenal’s potential Alexandre Lacazette deal has been one of the biggest sagas of the current transfer window.

Lacazette’s current club, Olympique Lyonnais, earlier this week published an official statement which revealed that Arsenal had made one offer of €35m.

In the statement, Lyon also claimed that – despite rumours – the Gunners had NOT made a second offer of €48m.

The Lacazette has now taken another twist today, with Lyon chairman Jean-Michel Aulas confidently stating that Arsenal have not and WILL NOT return for his star forward and that the 24-year-old is going nowhere.

“Arsenal have not come back and they will not come back. No one will leave Lyon,” Aulas told L’Equipe, as transcribed by Sky Sports.

As chairman of Lyon, Aulas is surely a key player in any potential move for Lacazette.

It should come as no surprise that Lyon seem determined to keep Lacazette. After all, he scored 24 Ligue 1 goals for them last season, in 34 starts.

Lacazette’s numbers are impressive – he found the net once every 141 minutes on average.

However, he was not the most deadly player in the French league.

New Manchester United signing Zlatan Ibrahimovic scored 38 goals at a rate of one per 67 minutes for PSG.

Zlatan, who – with 13 – made 10 more assists that Lacazette’s three, was linked with interest from Arsenal prior to his move to United.

In April, the Daily Star reported that Arsenal were plotting a move to sign Zlatan, but, well, they didn’t, because he arrived at Old Trafford at the start of July.