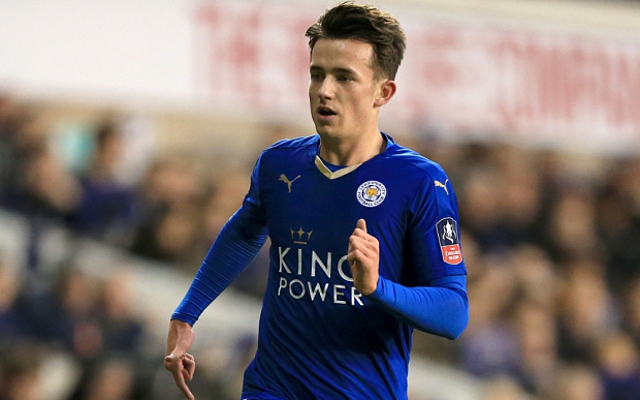 Liverpool have missed out on Leicester City left-back Ben Chilwell after the teenager opted to put pen-to-paper on a five-year deal with the Foxes.

The 19-year-old is currently with the Premier League champions in Los Angeles as they continue their pre-season preparations.

As reported by The Sun, Jurgen Klopp had been keen on signing the England ace, with Liverpool said to have made a bid of £7m to acquire his services.

However, their search for a new left-back will have to continue elsewhere as they have once again been left frustrated with a lack of progress for their top targets.

Klopp has been highly active in the transfer market so far this summer, bringing in the likes of Sadio Mane, Georginio Wijnaldum and Loris Karius.

It doesn’t appear as though his work is finished yet either, with Liverpool supporters hoping to see more new signings arrive and put them in a stronger position to do well in the new campaign.

As for Leicester, it will be a huge boost for Claudio Ranieri and the club to keep Chilwell, at least for the time being, with the threat of many of their top stars leaving despite their success last season.

The Italian tactician has a tough job on his hands in the coming 12 months to ensure that the squad stays together, regardless of how successful they are this season, as ultimately many will be targeted by ‘bigger’ clubs.

Chilwell signing a new deal is a positive sign that the Foxes will hope will set the trend for others to follow, but as they celebrate a mini-success, Liverpool will continue to assess their options ahead of what should be an exciting year under Klopp who is moulding the squad into his own.