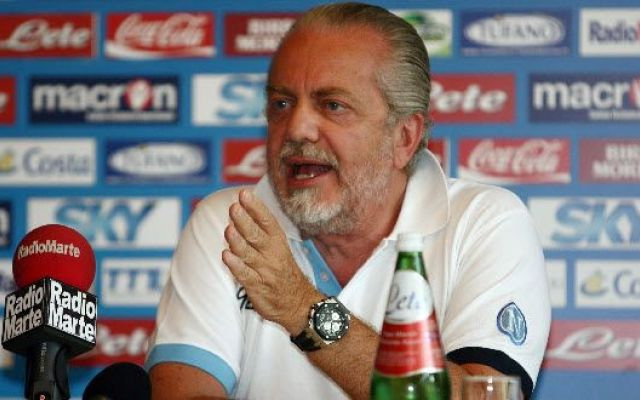 Napoli owner Aurelio De Laurentiis has hit back at Gonzalo Higuain after his former star blasted him for being one of the reasons he left for Juventus.

The 28-year-old striker opted to swap Naples for Turin this week, with the Bianconeri paying his release clause to take him from their direct Scudetto rivals.

Unsurprisingly, it has led to a furious reaction from Napoli supporters, while Juve are jubilant in that they are now armed with a striker that they believe can fire them to further domestic glory and success in Europe.

Having hit back at initial comments from De Laurentiis by insisting that the movie mogul was one of the main reasons that he left the club in his unveiling at a press conference on Wednesday, Higuain has now been issued with a lengthy response.

“I have read Gonzalo Higuain’s quotes at the Juventus Press conference and I want to focus on the part where he states that I was the reason he decided to join them,” he noted in a statement on the club’s official website.

“If Mr Higuain was so annoyed by being in my presence, he took many years to figure it out, unless he is a false person or a great actor. I would exclude the latter possibility, I understand actors.

“We spent a lot of time together, even recently. I can assure you that Gonzalo was very calm and showed no sign of intolerance of me, as the people who were with us could testify.

“How is it that his agent didn’t show any sign of impatience towards me when we met last year to discuss the renewal of his contract? If they were so intolerant of my presence, they would not have spent hours discussing money, lots of money, with great interest.

“Does his agent not have any shame when he says that the team he [Higuain] played in, that gave him the service to score 38 goals, wasn’t good enough?

“Trying to explain his departure by blaming me is disrespecting the people of Naples. You can betray these people if you have no shame.”

Higuain’s family have also become involved in the situation and the tension shows no sign of abating at this stage as there is obviously a strained relationship between the two parties.

While the countdown is now on to their first reunion in Naples, the former Real Madrid forward can undoubtedly expect a hostile reception both on and off the pitch.

However, it’s debatable as to whether or not it will really bother him too much as he looks to win silverware next season, one of the main motivations behind his decision to move on.