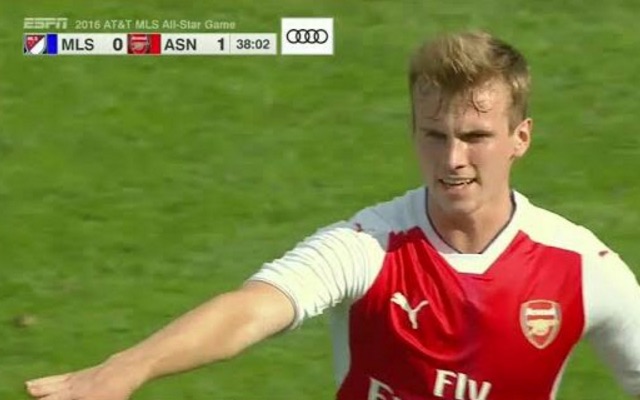 And most of them seem very impressed with the 20-year-old.

Former Bolton Wanderers centre-back Holding made his Gunners bow in a 2-1 friendly win over an MLS all-star side.

Holding was tasked with keeping tabs on Didier Drogba and, although the ex-Chelsea man scored in the last minute of the first half, he was dealt with pretty well overall.

After the game, Arsenal manager Arsene Wenger was quoted by The Mirror as saying: “He’s adapted surprisingly. In a very good way, because he reads the game well and understands what’s going on, anticipates well.

“And that’s a quality at such a young age that you do not find a lot.

“He adjusted very well, his passing was clean and technically he did well.

“Overall, I believe for a first game it’s encouraging.”

Wenger was not the only person to be impressed by Holding’s debut.

Arsenal invited reviews from fans on Instagram and the feedback was generally very positive. 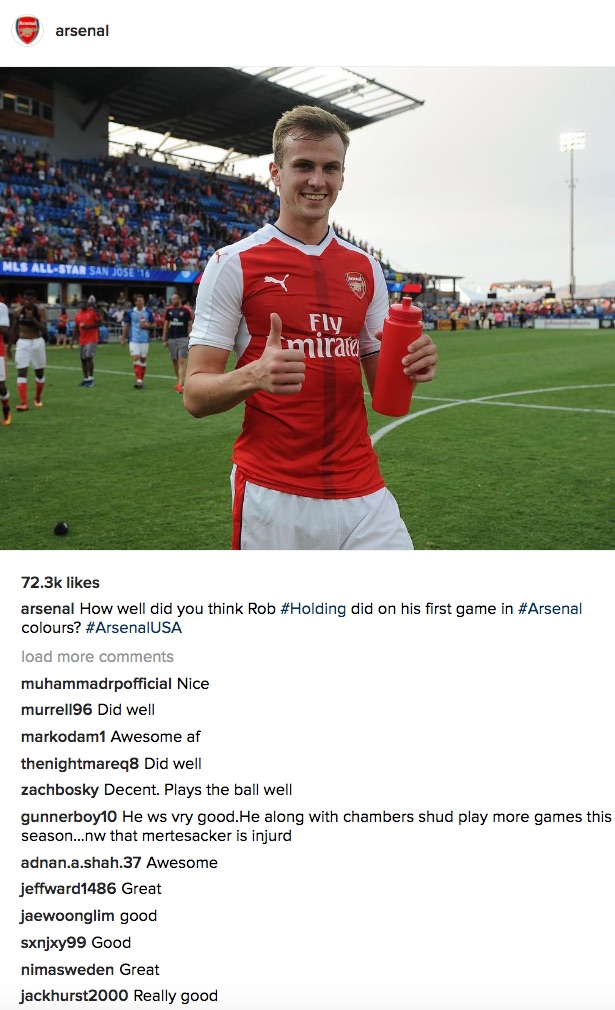 Judging by today’s evidence, the Gunners got a bargain.