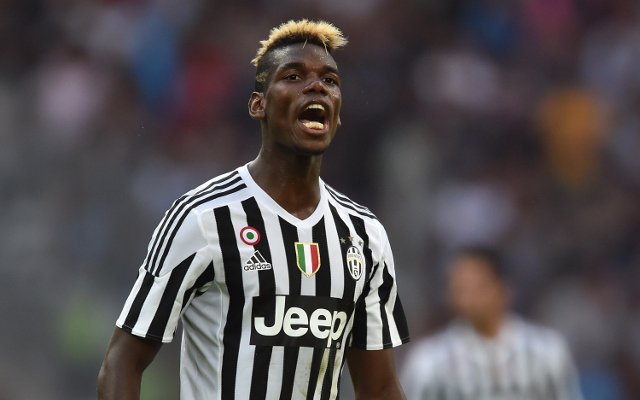 Juventus midfielder Paul Pogba is supposedly on the brink of completing a move back to Manchester United, but you wouldn’t have guessed by his Instagram.

The French international is still on his post-Euro 2016 holiday in the USA, with reports in Italy suggesting that he was all set to fly to England as soon as Juve gave the green-light to a medical, as noted by La Gazzetta dello Sport.

With his agent denying such claims on Twitter, it’s now unclear as to where the 23-year-old stands, as his Instagram post on Saturday morning would suggest that he’s either enjoying all the speculation, or doesn’t know anything about a medical.

Having left United in 2012, Pogba has gone on to establish himself as one of the top midfielders in Europe, and he has a perfect opportunity to challenge for silverware, including the Champions League, with Juve this season, something that the Red Devils can’t offer him immediately.

The Bianconeri have added Gonzalo Higuain, Miralem Pjanic, Marko Pjaca, Dani Alves and Medhi Benatia to their squad this summer, and ultimately Massimiliano Allegri certainly now boasts one of the strongest squads in Europe.

Time will tell as to whether or not Pogba will continue to be a part of it, but what his post does suggest is that he’s in no rush to get the situation resolved.

In turn, that may be a source of further frustration for United, as they continue their pre-season preparations with a friendly against Galatasaray on Saturday.

Jose Mourinho’s men then face Leicester City for the Community Shield on August 7, before making the trip to Bournemouth a week later for their opening Premier League game of the season.

Whether or not Pogba is part of that squad remains to be seen, but evidently Universal Studios have his attention at this moment in time and while other Euro 2016 participants continue to slower filter back to their respective clubs, the man at the centre of the biggest transfer saga this summer continues to make clubs and supporters wait.