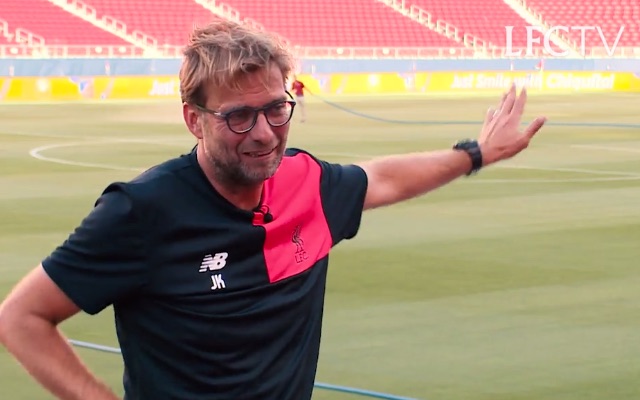 The Liverpool manager was asked to have a bash at his striker’s trademark goal celebration during a meet and greet with some American children this week.

Never one to disappoint, Klopp gave it his all.

? “Once you start the @DanielSturridge dance, you cannot stop…”

Seriously, does Klopp do it better than Sturridge?

Klopp didn’t do much celebrating in Liverpool’s last game, as the Reds lost 1-0 to Chelsea.

To make matters worse, Liverpool no.1 goalkeeper Loris Karius was injured in that game, after colliding with Dejan Lovren.