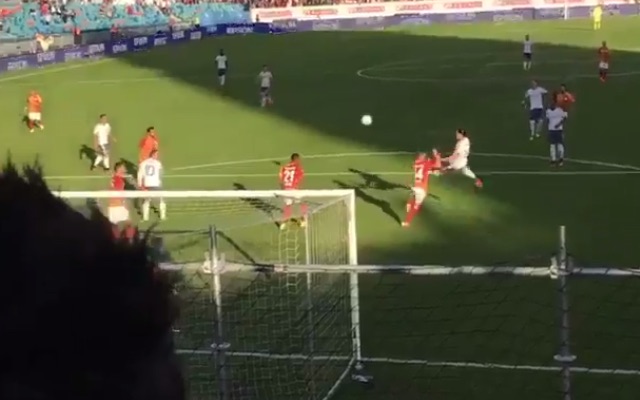 This fan clearly knew something special was about to happen.

A witness to footballing history was filming on his phone as Zlatan Ibrahimovic scored his first Manchester United goal with a trademark bicycle kick inside four minutes of debut on Saturday night.

Twitter user @semo33 was in prime position to capture the moment a flying Zlatan made the most of what was, in truth, a pretty average cross from Antonio Valencia.

Valencia’s cross was a bit behind Zlatan, but the 34-year-old really fancied scoring a goal on his United debut.