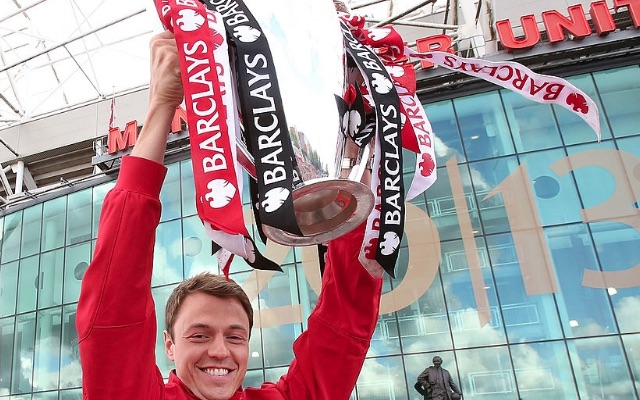 A report in The Mirror claims that Arsenal manager Arsene Wenger is plotting a £15m move for West Bromwich Albion defender Jonny Evans.

Twitter reaction to the story has been widespread and pretty much nobody likes it.

Many Arsenal fans think Evans is beneath them.

If we sign Jonny Evans we might as well get Van Persie back. Why are we settling for this, we want world class players not failed players.

This from @ccjip93 is the most Arsenal thing ever written! ? ?
Apologies for the state of my arrows ? pic.twitter.com/lm64lnd3Wy

Imagine you meet a girl, fall in love, get married & when she gives birth, the baby is Jonny Evans

This West Brom supporter is not impressed.

As if Arsenal fans are laughing at the prospect of having Jonny Evans. They don’t deserve him. ?

And some Man United fans are even a bit annoyed. Why? They too seem to have taken offence with Gooners for being snobbish about their former defender, with many strong opinions suggesting that the 28-year-old is underrated.

Well, Evans has won three Premier League titles, as well as the Championship with Sunderland in 2007.

If Jonny Evans was named Jonatan Evansinho Arsenal fans would be creaming their kecks. A key part of a title winning team too…

Manchester United should never sold Jonny Evans brilliant defender as long as he plays every game u drop him ur back 2 square 1. Underated

Evans would not be a bad player to come in and replace the injured Per Mertesacker, would he?

Surely what Wenger needs is a safe bet. He is after an experienced player who knows the Premier League and will do the job asked of him.

It makes sense to me. I get Arsenal fans might be frustrated because they are desperate for more inspiring signings further forward.

But, when it comes to centre-backs, exciting is not what you want!