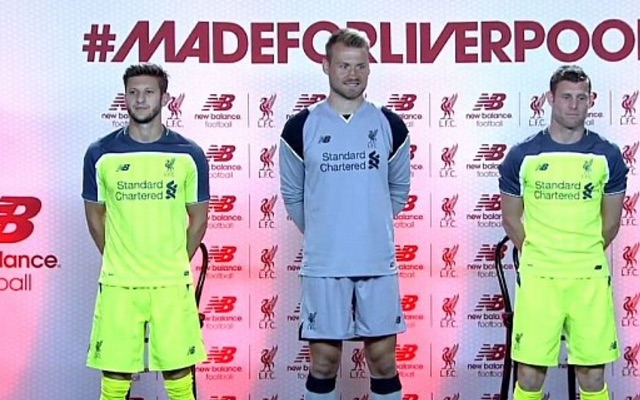 It takes a bit of getting used to, that’s for sure.

Although I’m not certain, I’m fairly convinced it’s the most disgusting Premier League strip of the 21st century.

I know for a fact that it’s the most outrageous garment ever worn by James Milner. Just look at the poor bloke’s face when he had to model it on stage!

The lime Liverpool kit has been panned on social media, but Reds manager Jurgen Klopp is a fan (he may be contractually obliged to like it, mind).

Speaking after his side beat AC Milan 2-0 in truly dominant style, Klopp had his say on his side’s newest fashion statement.

“I like it. I like the colour. Ok, it’s not a Liverpool colour but if it’s not red, I don’t care,” Klopp told his post-match media conference, as quoted by The Sport Review.

“It is a nice colour. It is fresh. It is cool. The lads love it.

“In my country, green is the colour of hope. Hope is green but I’m a little bit colourblind. I think it’s green and that’s hope. Let’s hope everything will be good for us.”

Goals from half-time subs Divock Origi and Roberto Firmino sealed the victory for Liverpool against a second-rate Milan side, who failed to register a shot on target.

Origi’s opener, which arrived just before the hour, was a superb solo effort.

Firmino’s goal then came as he slid in to convert a deflected Sheyi Ojo cross.