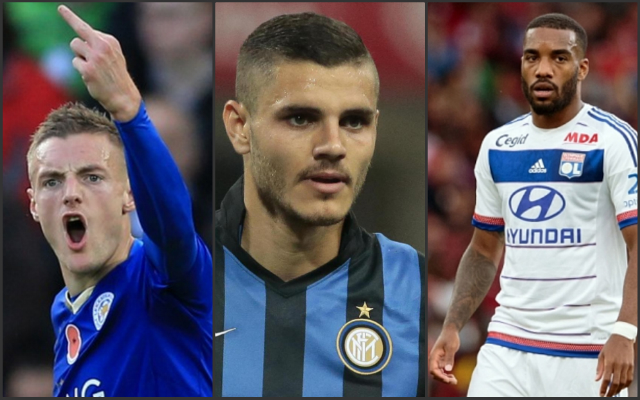 It’s not been an easy summer for Arsenal so far.

First Jamie Vardy rejected a move to the Emirates Stadium, as reported by Sky Sports, and now, according to the Daily Star, the Gunners could be set to miss out on Alexandre Lacazette following a new contract offer from Lyon.

Arsenal have already had one £29.3m bid rejected for Lacazette, but they may return with a second offer for the 24-year-old, so say The Star, who claim Lyon are demanding £42m.

However, the same newspaper suggest that Wenger has an alternative. It is reported that the Arsenal could sign Inter Milan striker Mauro Icardi for £50m.

An exclusive report by Star Sport says “a move for Icardi would be next up” should Wenger decide against making another bid for Lacazette.

Icardi, who has one senior international cap for Argentina, scored 16 goals and provided four assists in 33 Serie A appearances last season.

The 23-year-old is up for sale, but seemingly for much more than Lacazette, who has netted 48 times in two Ligue 1 seasons for Lyon.