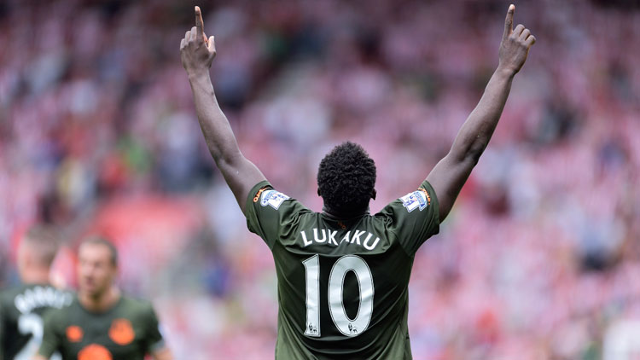 That is according to an exclusive report by The Express, who also claim that Atletico Madrid are plotting a £40m offer for Diego Costa.

Express Sport say that Conte is looking for an ideal replacement for Costa, even though the new Blues boss would rather keep the Spain star, 27.

Chelsea’s first bid for Lukaku, which was rejected by Everton, was to the value of £57m, as reported by The Express, with the Toffees wanting closer to £75m for the 23-year-old who has scored 61 goals in 127 games for the Merseyside club.

Ex-Chelsea youngster Lukaku did not score once for his former club during 15 outings under Andre Villas-Boas, Roberto Di Matteo and Jose Mourinho, but most of his appearances were short cameos off the bench.

Were Lukaku to return to Stamford Bridge, he would join three of his Belgium teammates – Thibaut Courtois, Eden Hazard and Michy Batshuayi – in Conte’s first-team squad.