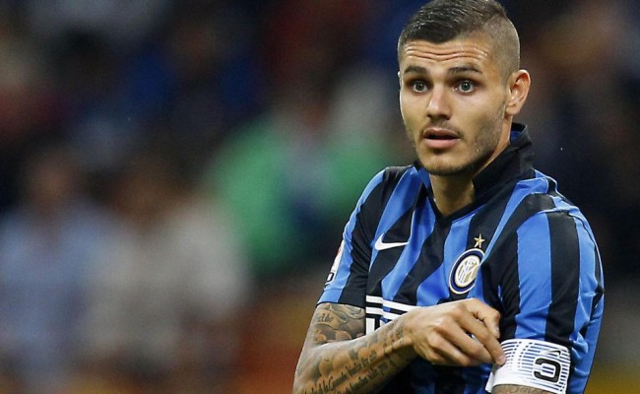 Arsenal are set to switch their attention towards Inter Milan’s star striker Mauro Icardi after failing to land Lyon’s forward Alexandre Lacazette according to The Sun.

The Italian outlet La Gazzetta dello Sport have stated that Napoli are pushing ahead in their pursuit of the Icardi who they view as a replacement for Gonzalo Higuain who completed his transfer to rivals Juventus last week.

The report states that Arsene Wenger has had a £35 million offer for Lacazette rejected my Lyon and is unsure whether to table an improved offer.

Wenger instead may decide to make an offer for Inter’s Argentinian striker Icardi. However the Sun also claims that the Gunners may face competition from the Serie A giants Napoli who have set aside £60 million for the striker.

Icardi is one of the highest rated strikers in Serie A and has scored 47 Serie A goals in 91 appearance.